The Iranian revolution may have started in September of 1978. Iranians were quite upset at the Shah and took to the streets. ‘Students’ from the universities marched and the people took to the streets with them. The Shah’s secret police took to the streets, also.
It cannot be denied that the Shah killed thousands of people during his reign. We in America do not know of the life of many people in distant countries, and can not understand fully the threat to the leaders of death or kidnappings. The Shah had to protect his government and family, and sometimes was very brutal. We in the west have forgotten that that is how the world works sometimes. What many did not know, like myself, was that many of those arrested were plotting to overthrow the Peacock Throne and were active communists supported by the Soviet Union.

The actions of the Mullahs were even worse than the Shah’s. The Mullahs have murdered more than the Shah did, and that number was greater than 50,000 in the first year of the Ayatollah Khomenie’s reign alone, with some people totalling the deaths at greater than 1 million as of 2003. The Mullah’s did this for religious reasons, too, not because of threats of overthrow. Also, almost 9000 Iranian Army personnel were killed by the Ayatollah Khomeini in his first year alone.

Here is a website that lists the names of Iranians who were killed by the Ayatollahs since 1979. It is only a list of Iranian Air Force members, and is looking for more people to be remembered.

Iran is ripe for another revolution now, and many now see the Shah’s return, the Son of Reza Pahlavi, as something good. I agree.

More about the Shah can be read here:

http://www.rezapahlavi.org
On September 8, 1978, the students of Iran had been holding protests at their universities for some time, but this day, the Shah sent in troops to stop the riots and killed hundreds of students. This day became known as ‘Black friday’ in Iran. It should come as no surprise that the Iranian students and people were upset at the Shah and wanted his removal.

HOWEVER, the accounts of this day vary, and on my page about Jimmy Carter abandoning the Shah, we read this account of BLACK FRIDAY:
Terror at Home
Two major events propelled the revolution in Iran. On the afternoon of August 19, 1978, a deliberate fire gutted the Rex Cinema in Abadan, killing 477 people, including many children with their mothers. Blocked exits prevented escape. 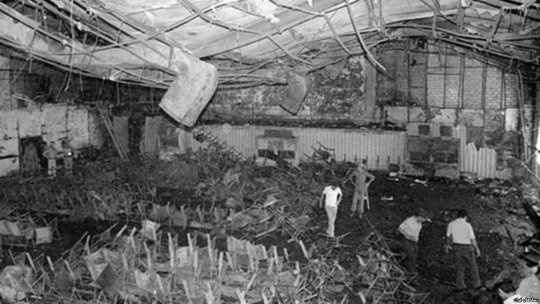 The police learned that the fire was caused by Ruhollah Khomeini supporters, who fled to Iraq, where the ayatollah was in exile. But the international press blamed the fire on the Shah and his “dreaded SAVAK.” Furthermore, the mass murder had been timed to coincide with the Shah’s planned celebration of his mother’s birthday; it could thus be reported that the royal family danced while Iran wept. Communist-inspired rioting swept Iran.

Foreigners, including Palestinians, appeared in the crowds. Although the media depicted demonstrations as “spontaneous uprisings,” professional revolutionaries organized them. Some Iranian students were caught up in it. Here the Shah’s generosity backfired. As du Berrier pointed out:

In his desperate need of men capable of handling the sophisticated equipment he was bringing in, the Shah had sent over a hundred thousand students abroad…. Those educated in France and America return indoctrinated by leftist professors and eager to serve as links between comrades abroad and the Communist Party at home.

When the demonstrations turned violent, the government reluctantly invoked martial law. The second dark day was September 8. Thousands of demonstrators gathered in Tehran were ordered to disperse by an army unit. Gunmen — many on rooftops — fired on the soldiers. The Shah’s army fired back. The rooftop snipers then sprayed the crowd. When the tragedy was over, 121 demonstrators and 70 soldiers and police lay dead. Autopsies revealed that most in the crowd had been killed by ammo non-regulation for the army. Nevertheless, the Western press claimed the Shah had massacred his own people.

The Shah, extremely grieved by this incident, and wanting no further bloodshed, gave orders tightly restricting the military. This proved a mistake. Until now, the sight of his elite troops had quieted mobs. The new restraints emboldened revolutionaries, who brazenly insulted soldiers, knowing they could fire only as a last resort.

When the Shah left Iran, he was pretty much ignored by the rest of the world. In fact, most countries refused to have anything to do with him. Egypt’s Anwar Sadat allowed the Shah to live there for a short time. It is after the Shah left Iran, that Khomeni returned.

Once the Shah let Iran, the Ayatollah Khomeini returned from exile in France where the Shah had banished him. He was a national hero to the Iranians.

What happened November 4, 1979, was preceded in April of 1979 also. We should have taken it more seriously, but that is 20/20 hindsight. ‘Students’ of Iran, stormed the American Embassy in Tehran, seizing Americans at gunpoint and holding them as prisoners, or to be technically correct, Hostages, held for a political purpose, and that purpose was to unite Iran as a nation, and to humiliate the United States, Iran’s most powerful ally.
When the Shah was allowed into the United States for medical treatment for his cancer, the Iranian people took to the streets.

There was more than a demonstration planned for November 4, 1979 than that, though.

This photograph is taken from a History Channel Documentary
called “444 DAYS IN IRAN”.

There is a phrase:One man’s freedom fighter is another man’s
terrorist.

This man is my terrorist. I believe he is a criminal who needs to be brought to justice.

The Ayatollah knew all that was happening. Students who lead and mostly organized the uprising brought back information to the Ayatollah Khomeini.

The American Embassy was a large complex, with many buildings. Here are some photos of the Embassy itself. This is the Embassy wall, and some graffiti written on the wall. The English says, “We will make America face a severe defeat”

At left is the closed ‘Center for Publication of the Espionage Den’s Documents’ (it sold copies of reassembled shredder output).

This is main gate #2 in Tehran. This is no longer an embassy, it is a military complex.

Among the many phrases chanted by the Iranian mobs was the phrase: DEATH TO AMERICA.

In Farsi, it sounds similar to . . MARG-BAR AM-RI-KA. It may have been MARG-BAR AMERIKA, but when spoken fast, it sound’s like the first to the casual listener.

On November 4, 1979, Iranian “student” militants seized U.S. Embassy in Tehran and took the embassy personnel hostage. They demanded that U.S. return deposed Shah Mohammad Reza Pahlavi, who has been admitted to U.S. for medical treatment. Washington refuses. This upheaval in Iran caused Iranian Premier Mendi Bazargan and his cabinet to resign. The U.N. Security Council called on the Iranian militants to free all American hostages, While President Carter ordered all Iranians who do not comply with student visa requirements out of the country. This caused quite a stir both at home and abroad.

One of the most humiliating photos ever taken, is this one, of Americans held as hostages illegally by Iranians in Tehran.

These Americans were not the ones who might have been connected to SAVAK, the Shah’s secret Army, nor were they anyone the Iranians had to fear, they were just embassy personnel, and Marines, who traditionally guarded American Embassies.

To be an Embassy Guard, you had to be the cream of the crop, someone with geat maturity for your age, intelligence, and potential to advance in the ranks of the Marine Corps in a diplomatic manner.

These men, the Embassy personnel, and these Marines, were America’s finest.

In the United States, we did not sit idly by while Iranian students seized our people. We here did not know of the abuses of the Shah, but that did not excuse away the Iranian’s criminal actions.

We responded as a nation in anger. I was off the coast of Iran for these demonstrations, and it was heartwarming to hear of these things.

We knew we would not be abandoned like our men in Vietnam were abandoned back home.